Welcome to the Official Homepage of Arn Magnusson, the Knight Templar

Arn Magnusson is a knight and crusader from the highly successful Arn Trilogy, a series of novels written by Jan Guillou, one of the most accomplished Swedish authors in modern times.

This epic saga takes place in the Middle Ages at a time when Sweden was not one single, united kingdom but many small, divided realms. Arn began life in 1150 in the Swedish province of West Gothia. Through an unlikely but fateful 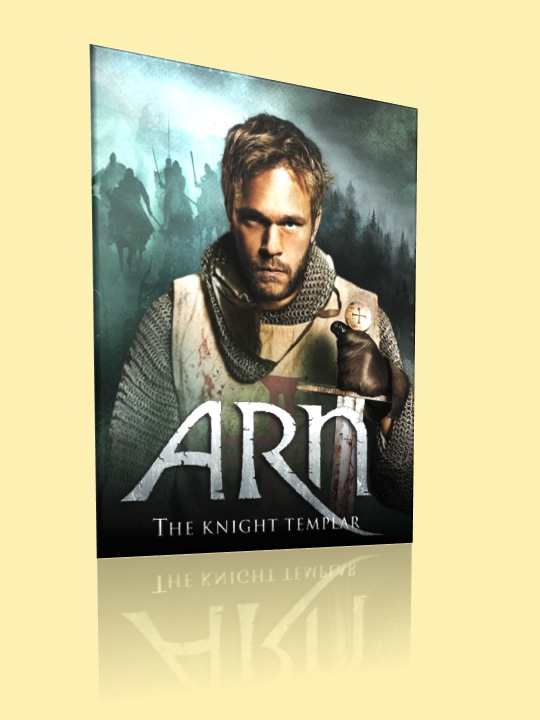 chain of events, Arn finds himself in the service of God at a monastery where he becomes educated in the holy texts, learns the fighting arts and finally meets his true love, Cecilia.

However, Arn and Cecilia are torn away from each other as they fall prey to the machinations of both spiritual and secular forces. Through the deceitful manipulation of her jealous sister and rival, Cecilia soon finds herself locked away in a convent and Arn is sent to the war-torn Holy Land to join the Knights Templar to protect pilgrims coming to Jerusalem in the midst of fierce hostilities raging between Christian and Moslem forces. His bravery and cunning as a warrior and his honour as a man wins him the respect of both his fellow Knights Templar and even that of his enemies.

Upon returning to West Gothia, Arn must struggle once more for the sake of Cecilia and for his new purpose in life: to unite Sweden into one single kingdom.

The story of Arn and Cecilia is set both in Sweden as well as in the Middle East and presents a rich tapestry of brave knights, powerful queens and deceptive kings. It is an epic saga of war and intrigue, friendship and betrayal and most of all, love.

This heroic tale finds its place somewhere between fantasy and reality. Arn Magnusson did not exist in history, but his story fits in well in many historic episodes where the source material is lacking. Cecilia is also a fictional character however she is inspired by the historic Cecilia Rosa who once owned the small settlement in West Gothia where the Arn story begins.

Many medieval historical documents have disappeared and the events they once depicted have been lost to history. This leaves many matters open to speculation, which is where the story of Arn and Cecilia comes in. Their fictional tale brings the real history closer to us in a way which makes it easier for us to understand.
Arn – the movie –
Download visitor broschure in English